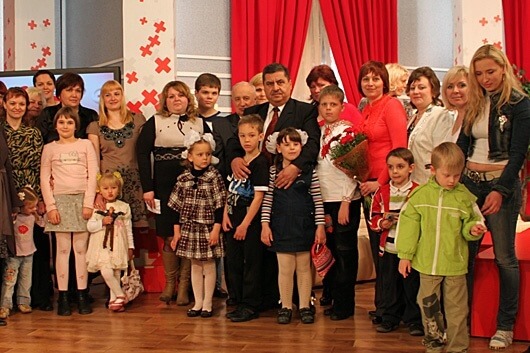 Professor Rakhmanov and his patients. The photo was taken in the Kiev TV studio after the release of the tv-show “Health”

The cause of impaired speech development is complex and not fully understood. The conditions cannot be attributed only to the neurological or speech mechanism of pathology, sensory damage, or general mental underdevelopment.

Presumably, the disorders are based on a delay in the maturation of neuronal connections due to organic damage to the speech zones of the cortex. Environmental factors can affect the violation of developing speech, but they are not of paramount importance. There is also evidence of a significant role for genetic factors.

The main clinical manifestation is late mastery of colloquial speech (in comparison with age norms), which does not correspond to the general level of the child’s cognitive functioning.

Specific developmental disorders of speech and language include the following main groups of disorders: