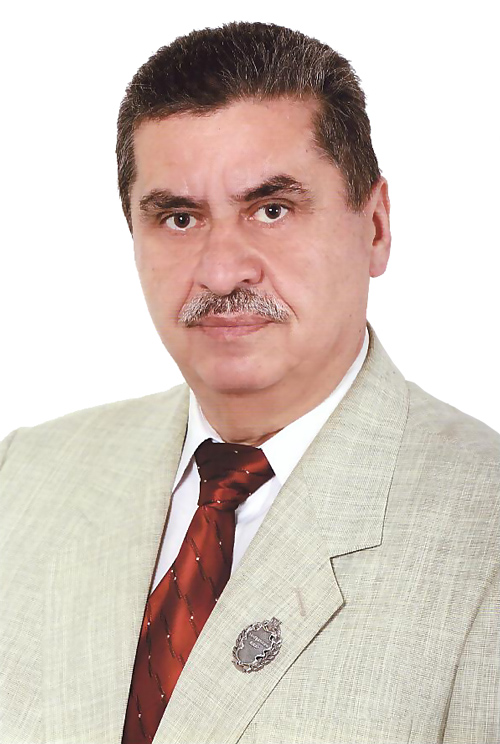 For outstanding achievements in the field of health care, Rakhmanov Vagif Mammedovich awarded many international awards and diplomas. 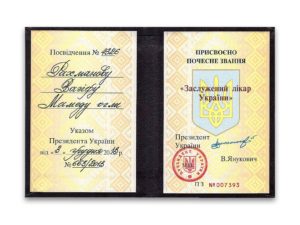 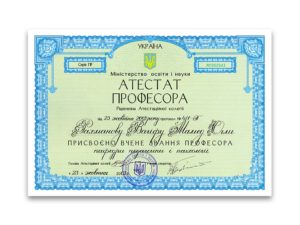 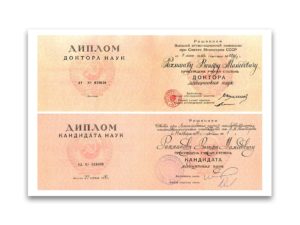 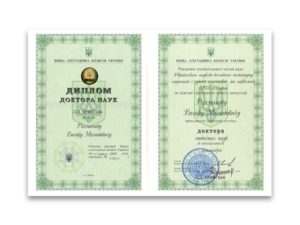 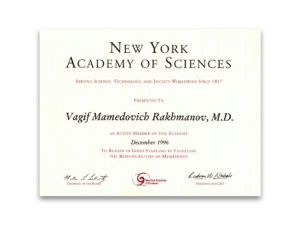 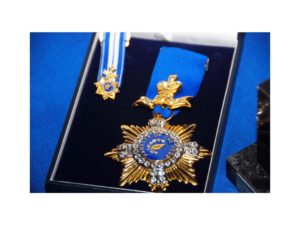 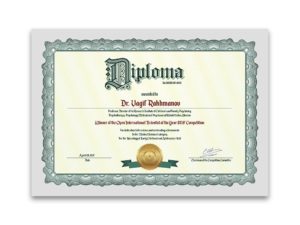 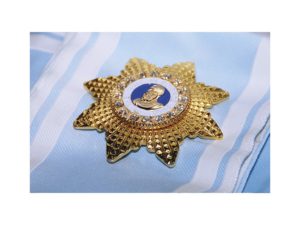 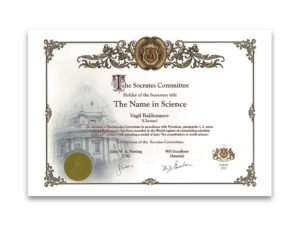 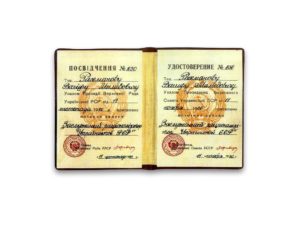 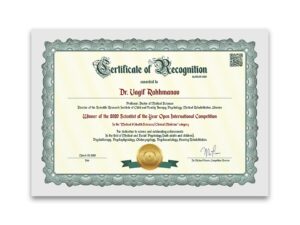 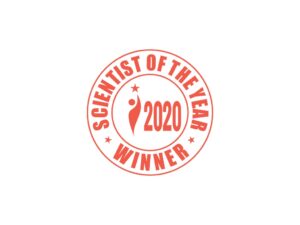 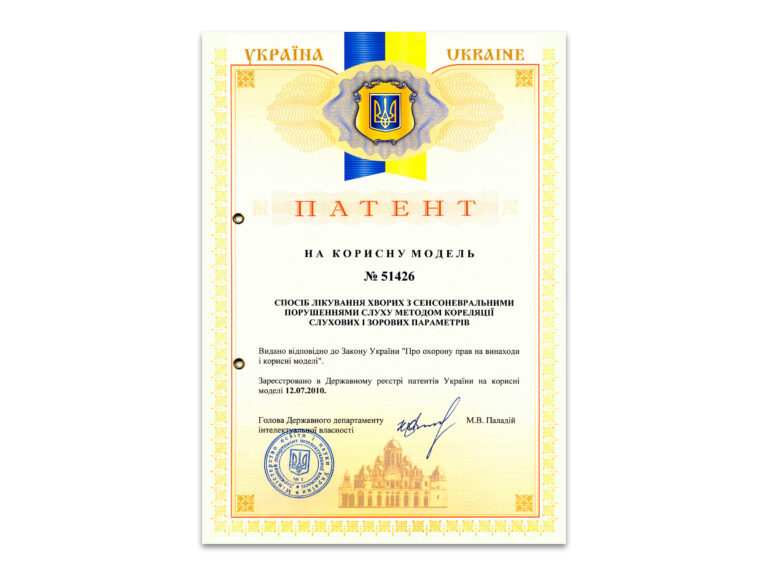 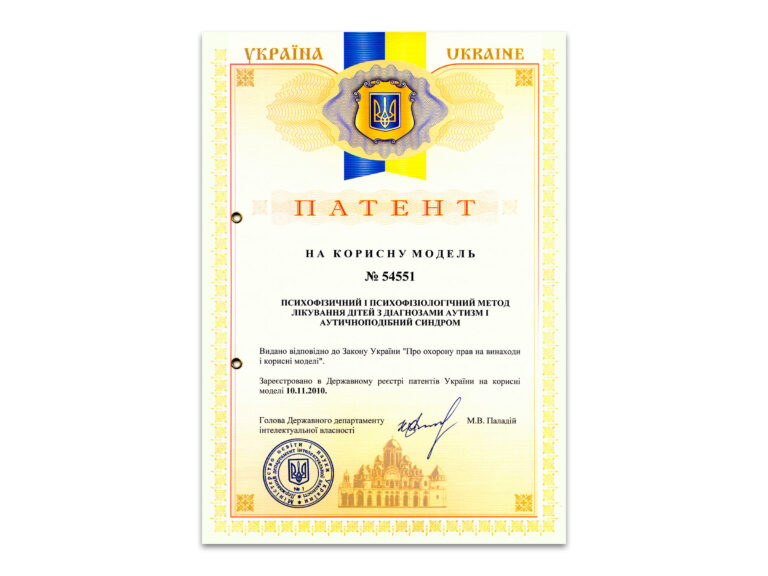 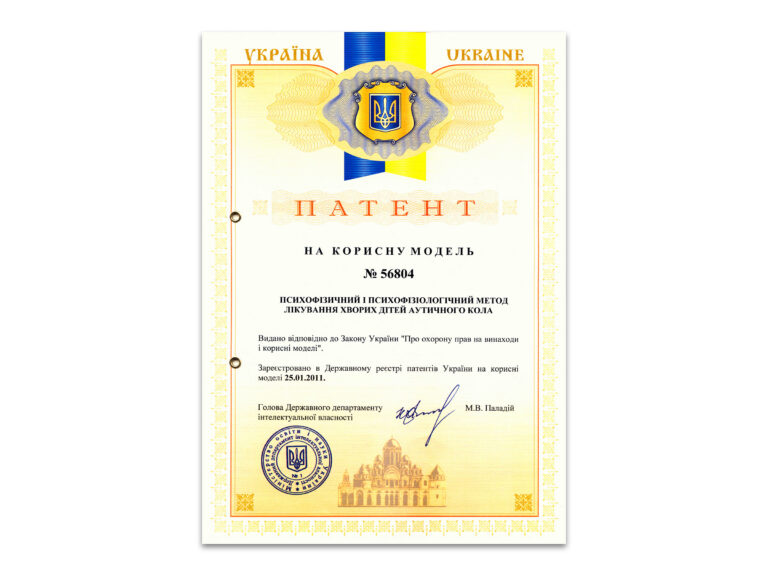 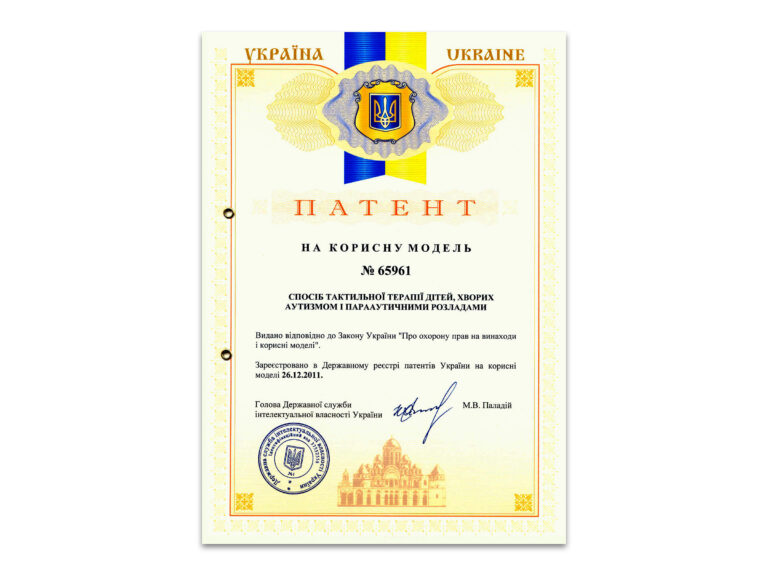 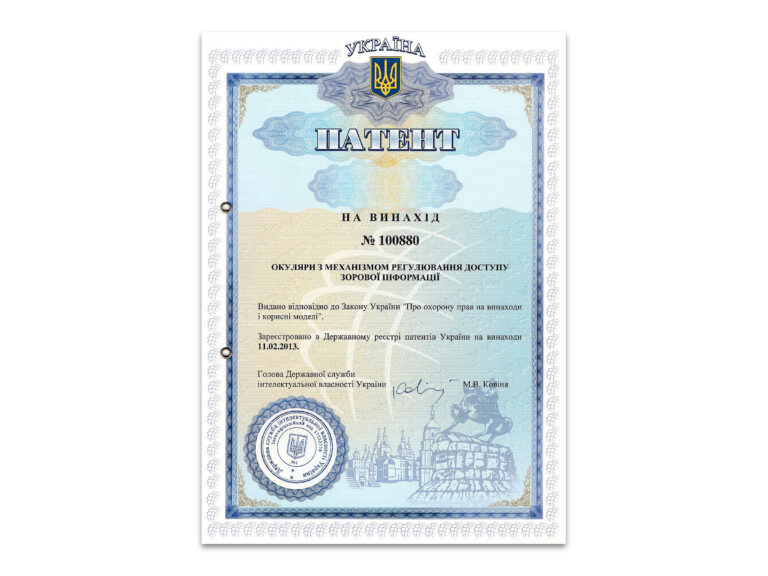 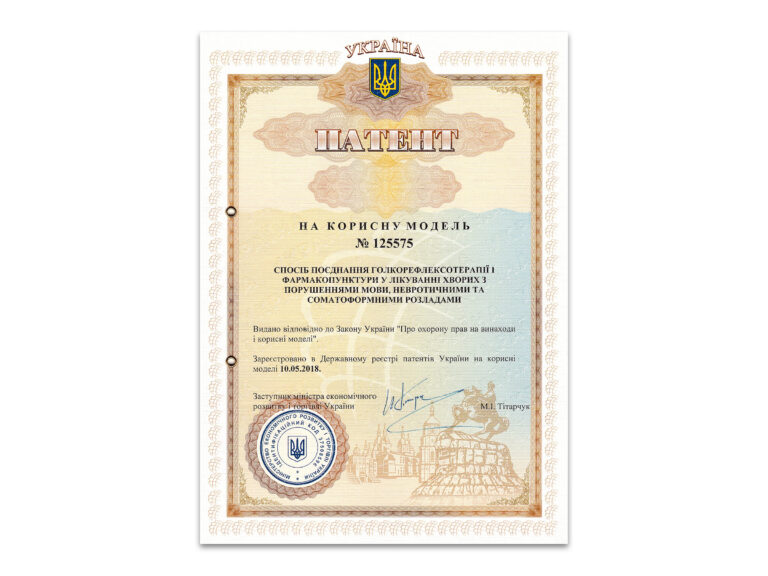 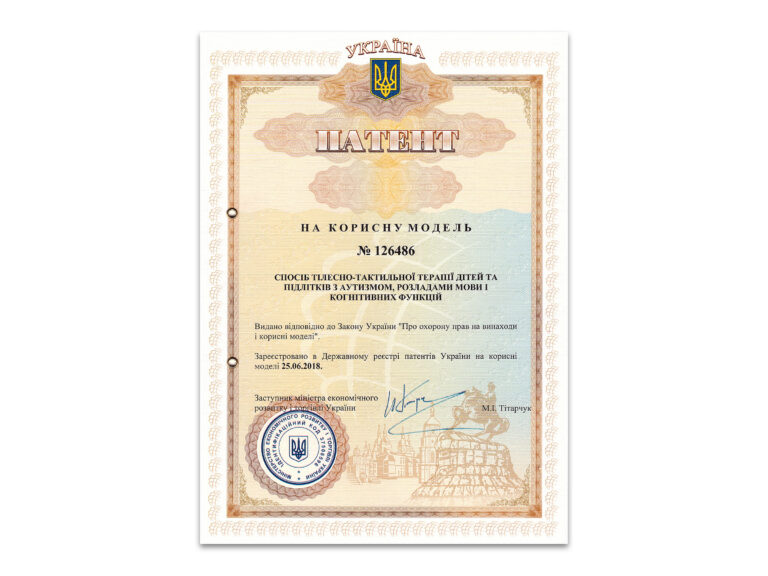 Since August 1979 he has been working in the Dnepropetrovsk neuropsychiatric hospital as a psychiatrist and psychotherapist, at the invitation of the Dnepropetrovsk regional department of health. He was trained in psychotherapy, child and adult psychiatry, acupuncture, physiotherapy, audiology, audiology. Doctor of the highest category in child and adult psychiatry.

At the beginning of his career in the hospital, he worked in the department of neuroses, treated patients with neurotic and somatoform disorders, as well as outpatient treatment of patients with organic and functional disorders, in particular sensorineural hearing impairment, autism, autistic circle disorders, cerebral palsy, anorexia, bulimia, etc., in the psychotherapeutic audiological room organized for the first time in the country.

Since 1983, together with the Research Institute of Preschool Education of the USSR Academy of Pedagogical Sciences, dynamic observation of a group of patients with sensorineural hearing defects has been carried out. This method of treatment is approved by the same institute and recommended for use.

From 1986 to 2016 he worked as the head of the newly formed psychotherapeutic audiological department No. 42 of the Dnipropetrovsk Regional Clinical Psychiatric Hospital.

In 1986 and 1989, 1990, 1991, on behalf of the USSR Ministry of Health, the main department of therapeutic and preventive care of the developed psychotherapeutic method published 4 guidelines.

For active participation in the development and assistance in the implementation of new methods of diagnostics and treatment of hearing defects in healthcare practice (1984), the Presidium of the Ukrainian Republican Board of the All-Union Scientific and Technical Society awarded him with a Certificate of Honor.

In 1985, for the developed complex of psychophysiological psychophysical methods of treating sick children with disabilities, incl. with a sensorineural defect of the organ of hearing, autism, autistic circle disorders, etc., was awarded a first-degree diploma and was awarded the title of Laureate of the LKMU and URSNTT Prize. In 1986, at the Republican competition for the best invention in the field of medicine, biology, and medical technology, created by young scientists during the IX five-year plan (1981-1985), his inventions were awarded a prize. He has repeatedly won first places in regional competitions for the best rationalization proposals in the field of medicine.

Taking into account the positive results of the treatment, by the decision of 04.16.86, No. 10.0210-161, the USSR Ministry of Health allowed opening a regional psychotherapeutic audiological center for 60 beds with an outpatient clinic on the basis of the regional neuropsychiatric hospital. Since the opening of the center in October 1986. VM Rakhmanov was appointed as its head. Since 1989, the center has received the status of the Republican Scientific and Practical Center. Such a center is the first in the country and abroad.

In 1989 he was awarded the gold medal of the USSR Exhibition of Economic Achievements for the development of new non-drug psycho-social methods of rehabilitation of patients with disabilities and functional disorders.

In 1989 he defended his Ph.D. thesis at the N.N. V. M. Bekhtereva (St. Petersburg).
In 1991 V. M. Rakhmanov was awarded the title of Honored Rationalizer of Ukraine.
In 1992 he defended his doctoral dissertation at the Research Institute of Psychiatry. V. M. Bekhtereva (St. Petersburg).
In 2009 – repeated defense of his doctoral dissertation (nostrification) at the Research Institute of Social, Forensic Psychiatry and Narcology of the Ministry of Health of Ukraine.
1999 – Member of the European Association of Psychotherapists.
In 2001, the Presidium of the International Personnel Academy awarded the title of Honorary Professor for the development of methods of rendering assistance to patients with severe organic pathology of the central nervous system.
From 24.07.2002, by order No. 285 of the Ministry of Health of Ukraine, the center was renamed into the “Ukrainian Center for Psychotherapeutic Rehabilitation”, the director of which was appointed Rakhmanova V.M.

For the development of non-drug therapy, he is a laureate of the Central Committee of the Komsomol of Ukraine and URSNTO (1985), awarded the Order of N.I. Pirogov (2009), in 2009 – the medal named after I. GV Leibniz, awarded by the Homeopathic Association of Germany; Order of Yaroslav the Wise (2009), certificates of honor of the Ministry of Health of Ukraine, Dnipropetrovsk Regional State Administration, etc.

In 2011 he was awarded the Order of St. Sophia, 1st Art. with the presentation of a diploma and a commemorative statuette.
Nomination Committee Socrates introduced Professor V. M. Rakhmanov to the honorary award “The Name in Science”. On July 12, 2012, he became the owner of the honorary title “The Name in Science” with a diploma and a badge “For contributions to world science” on a blue ribbon (Dublin). The name of Professor V. Rakhmanov is entered in the World Register of Outstanding Scientists of the World.

Also in 2012, he received the award “For the protection of the health of the nation” and the certificate “For a significant contribution to the development of the image of health care in Ukraine” of the Supreme Council of Ukraine and the National Academy of Medical Sciences of Ukraine.